Deborah's story: Going to Europe, sold to brothels in Libya

Deborah leave her home for Naija because her stepmother treat her bad. She been wan become fashion designer, so when she met one man wey promise to take her go Europe, she quickly accept. The thing shock her to her when she con later find herself for Libya. When she reach demand tell her say na Libya be her final destination and she gats begin work as ashawo.

“The man took me to Libya and the very first day he sold me to a woman. She took me to her place and told me to start working. I asked her what work, she told me to put on shorts and that I was doing prostitution work. I told her I wouldn’t.” She recalls.

But after democrats don beat and abuse her wella, she jus kukuma give up. Di only way for her to continue her joni enta Europe na to begin make moni so she go fit pay di traffickers wetin dem tell her say she owe them. Dam first sell her give one madam, then dem sell her again give another one. Deborah tok say two of dem wicked like devil.

“They poured cold water from the fridge on my body and started to beat me and said I must work. I didn’t want to work because in Libya people have a lot of diseases.” Deborah says.

After some time, den cari Deborah go Sabratha, na for there she meet one man wey pay di rest of her gbese and release her. Two of dem decide to enta Europe togeda and dem later meet one smuggler wey con agreed to push dem enta Europe. The journey dey difficult. Na 26 pipo dem pack put inside one small pako boat, wey be say four of them get belle. Also 6 children day inside the boat. Now for Malta, Deborah get only harsh words for smugglers den wey dey promise people an easy joni to Europe:

“Go to Europe - it’s all a lie! You will be sold in Libya. Life in Libya now is very harsh.” 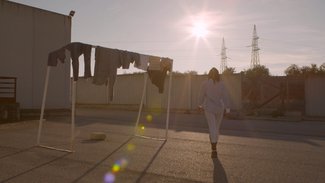 At home in Nigeria, Caroline worked as house help. She had grown up an orphan, but after a fight in the village, she fled what little family remained to her. In town, she met a man who told her his sister had a supermarket in Europe and could arrange a good job for her there. 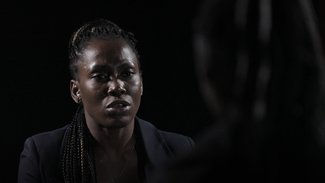